May our national pride rise above fragile and toxic uniformity

Lockdown increases so do the rate of child marriage

Dear Leaders not any more the world suffered a lot

May our national pride rise above fragile and toxic uniformity 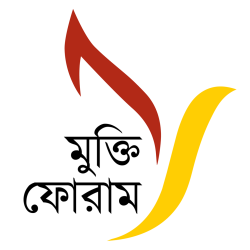 Latest posts by Muktiforum (see all)

An activist friend of mine, who often goes out on lone protests against injustices in the society, decided that he wanted to go on yet another hunger strike in protest of the “murder” of jute mill workers who have died after a long hunger-strike in the demands of their salary and the death of workers in a fan factory who died in an explosion.

While the demands are legit and appropriate of the occasion of the victory day, which is today, I told him that it might be futile to stage the protest now. Because, I believe that his protest will be flooded out by the pride bombardment of the victory day celebration.

There is, of course, nothing wrong with being proud of the history of one’s country. In fact, it is our duty to honor the martyrs of the liberation war, who fought so valiantly to liberate our land and made incredible sacrifices for the country and went through tremendous hardships to see a free country. However, it seems necessary that we question the attainment of that dream on the auspicious occasion of our victory day. But the culture of the day has been built as such, that it pushes us towards being uncritical and it makes us forget our troubles of the present to be proud of the achievements of the past.

This tendency of pride, one that comes with nationalism, heightened worldwide at the present moment, is not exclusive to our country. In the United States, Colin Kaepernick, one of the best athletes of the NFL, got into significant trouble for kneeling during the national anthem to protest the oppression of Black people in America. He specifically said “”I am not going to stand up to show pride in a flag for a country that oppresses black people and people of color.”

Still, a significant number of people came to see the point of his protest and came to his support, including a number of other players and activists who have kneeled during the anthem.

Imagine that, like Kaepernick, you did not stand up during “Amar Shonar Bangla” in protest of enforced disappearances, attacks on the children, attacks on protesters, suppressing the media or, just plain structural problems of environmental pollution or price hike. Imagine that you publicly claimed that a different song was a better fit than the current one, given your perception of its historical relationship with anti-Bengal partition movement, like activists in many countries regularly demand.

Forget all that, just imagine that you are simply wearing a flag as a piece of clothing that is below the belt, which are a dime a dozen on online shops for flags of many countries. Imagine, what would happen?

You know what would happen. And you know why I call our national pride toxic. If you did the things I listed above, or even just dissented somehow with the dominant narrative, you would have to go through an extensive background check, done by the regime and its apologists, and even, weirdly enough, liberal democratic activists, who will then brand you anti-liberation. The very liberals that speak of tolerance of dissent three times a day would get ready to stone you to death.

This band of liberals is that they are always extremely jocular when some Islamists are offended by atheistic comments. They ridicule the fragility of the latter’s religious feelings. Those who are liberal and somewhat religious often say that such interpretation of religion is toxic and fragile in itself.

But the nationalistic sentiment, the chetona, of the same people, and their regime, is easily hurt when someone outside of their clique says something that is outside of their narrative. As their ideological opponents brand the atheists as heretics, they hold the ones outside of the narratives as Rajakars, or anti-liberation. But many of these people are sharply anti-regime. They condemn the regime regularly on its misdeeds, but fail to come out of the uncritical narrative of the regime.

This religious structure of the spirit of the liberation war, the chetona, has been built over time through continuous nationalist historiography and mythbuilding. Their new history is flat-ironed, and has space for no other interpretation than their own. Even doing research about that history, if it does not match the dominant narrative, is becoming increasingly difficult.

Through the process, only the nationalist historiography remains. In that imagination, all the participants of the war went to the war for the same cause. This is the process through which the “desecration” of the “chetona” becomes heresy and an amalgam of a blasphemy law and a sedition law is strategically built through the Digital Security Act.

But their are alternative literary historiographies of the the war. Many of which are presented in the works of Zahir Raihan, who claimed that the participants of the war did not join the struggle due to one specific ideology, but joined for the “need of the time,” which had a diverse form and did not have a singular structure. Our war was multifarious.

The nationalistic history has chained us to the war. It is, of course, important to know what happened during that time, but it is against the spirit of the war that we obsess so much over its details that the present problems and diversity of ideas are ironed into oblivion. The point of the war was to initiate national liberation. But instead of questioning and demanding that liberation since the war, in the very organic spirit of it, we seem to forget our fraught present to celebrate our glorious past.

At the same time, a critical stance vis-a-vis the dominant narrative is immediately termed anti-liberation. Propose a different anthem, kneel during it, wear the flag as an underwear, write an alternative history novel, even do research that does not come to a “sahih” conclusion–you must be “anti-liberation”, a close cousin of the BJP’s “anti-national.”

When our fathers imagined the idea of the people’s republic, they left us with a daunting task. This was an idea that can only be perfected further over time. But if our historiography and understanding of national pride keeps us confined into a flat-ironed myth the year of the war, and severs the history of struggle and pride thereafter, we must imagine that historiography as distorted. We must recognize that interpretation of the spirit of the war as only a weapon.

We must reject the ideals that cage our brains in the names of the glory of the liberation war and liberate our minds to think beyond the toxicity and fragility of our national pride that has been built over time.

Felicitations to all on the National Victory Day 2019.

Anupam Debashis Roy is an editor of Muktiforum