The crisis of apolitical politics

Lockdown increases so do the rate of child marriage

Dear Leaders not any more the world suffered a lot

The crisis of apolitical politics 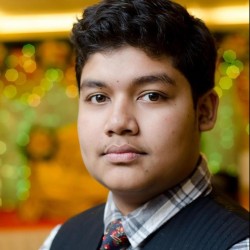 The primary mode of student politics in our country is now “apolitical politics.” The phrase is an oxymoron, and that is exactly my point. You cannot do politics while being apolitical.

This many understand easily. But what we often don’t understand is that you cannot but do politics. Any sort of presentation of demand is a political action, and it becomes even more political when the demand represents a group interest.

And our students regularly engage in politics. They present their demands, they come down on the streets, they block roads, they question authority, and they, often, achieve their demands. Why then, are so many young people so adamant to describe themselves as apolitical? They don’t use the term politically independent (like the Swatantro Jote does), but they are very specific about describing themselves as orajnoitik.

And this apolitical nature has made it extremely difficult for effective student and youth-based political organization to build up, which can represent the interests of their own, and that of their country. All our movements wane into single-issue demand negotiations.

Today, I will venture to analyze this crisis. One of the reasons for this phenomenon that I have found, after spending some time with the independent youth leaders, is their massive distrust toward the established political, both student and national, organizations, both on the left and the right. They feel that they have been betrayed by the political leadership so many times that they can no longer coalesce under any new leadership.

This too happens for the same problems. Even the new leaders do not trust each other. As such, the independents remain “apolitical” and engage in politics that is not effective by design.

On the other hand, there are campuses that do not even have these small organizations. They are completely apolitical in their senses but do often organize for their demands. They create amorphous bodies with self-appointed (and partially supported) representatives and declare themselves leaderless, ie incorruptible.

But this does not sustain. As students insist on remaining apolitical while striving to reach a political end, they risk political co-optation. Because the non-political movement leaders are so inexperienced in political organization, the leadership (almost naturally) falls in the hands of those who are politically savvy (ie partisan politicians).

And if the marked BCL or Chhatra Dal are deliberately kept outside of the so-called non-political movements, the leadership comes into the hands of those who are the third (or fourth) most experienced: The leftists or the mainstream sympathizers (who are later absorbed by the mainstream). Therefore, broad demands of structural reforms often wither into tokenism, and the anger of the amorphous masses is appeased.

The amorphousness leads to a watering down, and the movement dies without a platform.

Another big limitation of the campus-based third force is that they do not really want to move beyond the issues that affect the campus. This possibly happens because they really do not consider campus politics as “real” politics, which to them, is still dirty and untouchable.

This line of political practice is fine and dandy for the university days, but does not sustain after the leaders graduate. Without a specific national political project and political organization, the zeal of independent student politics is lost.

Some of them retire from active politics altogether, and some of them join the establishment, the very force they had been fighting. But if this continues, there will never be effective anti-establishment organizations in the country in the future.

What happened to our student forces? Where have all our student fronts gone? Why is our youth now unable to create a sustainable united front? In the golden age of our student politics, the independent student movements used to call themselves all-party movements, rather than non-political movements, and mobilized around national grievances.

But today’s university students are so conscious of the elite class interests that they cannot identify with the national problems anymore. The only problems they can mobilize around are the ones that directly affect their miniscule group.

If this trend continues, we will not see any change in our political landscape in the decades to come. Power will continue to reside in the hands of the same people. Much before the Ducsu election and Dhaka University, I wrote: “Even a Ducsu election will not be able to change the sorry nature of our student politics if the non-partisan students remain hell-bent on remaining apolitical.

This assumption, sadly, remains mostly true. There are a few exceptions, like the Swatantra Jote, who are on a continuous struggle to build new leadership and organization in Dhaka University. However, without a union between the other third force organizations, both in Dhaka University and elsewhere, the platforms will not sustain, and will not transcend the boundary of the campus.

Their distrust of each other is understandable, with the establishment intimidating and buying off third force leaders all the time, but the effort must still continue. In order to get over the distrust, they must realize that union does not mean unity. Working together need not mean pledging alliance.

Our olden unions contained groups that were critical of one another, but they still persisted.

This diverse union, or a coordination committee, and a national organization for the student leaders to graduate into, is direly necessary for the campus-based third force movement to sustain and grow.

Anupam Debashis Roy is an Editor of Muktiforum. He can be reached at muktiforum@gmail.com.